The KNMF User Committee (KUC) represents the interests of all scientists who perform research at the Karlsruhe Nano Micro Facility (KNMF) of the Karlsruhe Institute of Technology (KIT). As an elected body representing all KNMF users, the KUC has a strong independent voice, which can carry considerable weight beyond KNMF itself, e.g. on review panels, national, European and worldwide committees and agencies. The KUC strives to enhance research opportunities at KNMF by providing a framework of communication between the KNMF Users and the KNMF management on all relevant matters.

The KNMF User Committee was established by end of 2011. The members of the current term have been elected in December 2013. 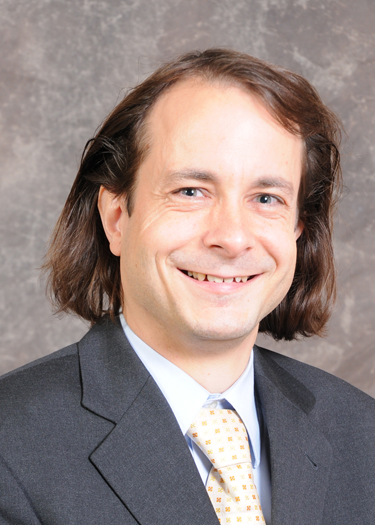 Sven Achenbach studied Mechanical Engineering at the University of Karlsruhe, where he also received his Ph.D. in 2000. He has been working on x-ray lithography and LIGA process technology applying synchrotron radiation since 1996. Most of his beam time was allocated at light sources ELSA (Bonn), BESSY (Berlin), ANKA (Karlsruhe), LURE (Paris), ESRF (Grenoble), and CLS (Saskatoon, Canada). After a decade of experience gathered at the Institute for Microstructure Technology, Forschungszentrum Karlsruhe (now KIT), Sven proposed, designed, built, and operates SyLMAND, the Synchrotron Laboratory for Micro and Nano Devices at the Canadian Light Source in Saskatoon, Canada, together with D. Klymyshyn. He is principal investigator and beam team leader at SyLMAND, and a member of the CLS Beamline Advisory Committee. Sven is the Canada Research Chair in Micro and Nano Device Fabrication and Professor of Electrical Engineering, as well as an adjunct scientist with TRLabs, a Canadian telecommunications research consortium. Current microsystems applications in his team focus on radio frequency and fluidic MEMS. 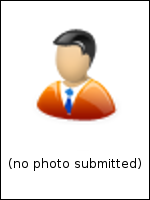 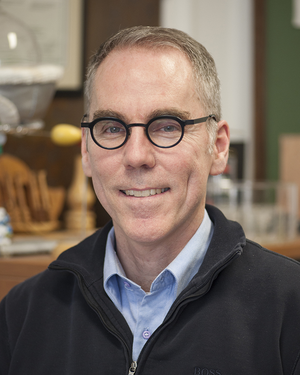 His research interests focus on the assembly of nanometer sized semiconductor materials with precise size and composition control via molecular precursor design. Since 2001, his academic and research experience includes visiting professorships at the Institute of Nanotechnology, Karlsruhe Research Centre (now KIT). He has been the recipient of several awards, including the Florence Bucke Science Prize, the Faculty of Science Outreach and Recruitment Award and the Faculty of Science Award of Excellence in Undergraduate Teaching. In 2011 he was selected as a Research Ambassador for the German Academic Exchange Service (DAAD). He is also an Associate Editor of the Canadian Journal of Chemistry, and a Member of the Editorial Board of the Journal of Cluster Science. 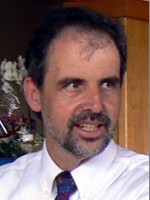 Jost Göttert is currently faculty member in the department of electrical engineering and computer science at the Hochschule Niederrhein responsible for implementing a new focus area of studies in energy and environmental technology. He is also adjunct faculty and senior scientist at Louisiana State University’s (LSU) Center for Advanced Microstructures and Devices (CAMD) where he was leading the microfabrication efforts from 2000 until 2012.

His current area of research is focusing on integrating MEMS technologies with integrated circuit technology in an effort to build embedded sensors and analytical instruments for environmental monitoring applications. Research efforts combine resources available at Hochschule Niederrhein and LSU/CAMD and are complemented through instrumentation and technologies made available through KNMF. Design, modelling and testing of these devices is primarily done at Hochschule Krefeld while microfabrication is performed in CAMD’s clean room facilities.

Lorenz Kienle is holding the chair for “Synthesis and Real Structure” at the Christian Albrechts University Kiel (CAU), Germany. After the habilitation (Inorganic Chemistry) in 2004 he worked as scientific staff at MPI for Solid State Research. In 2006 he was awarded for the Heisenberg grant, followed by a Heisenberg professorship at CAU in 2008. 2010 he was appointed as head of the electron microscopy facilities at the Institute for Material Science and became a full professor at CAU. In the same year he was elected Executive Director of the Institute for Material Science. His main research interests focus on the synthesis of new bulk and nanomaterials and their characterization via HRTEM and other techniques. 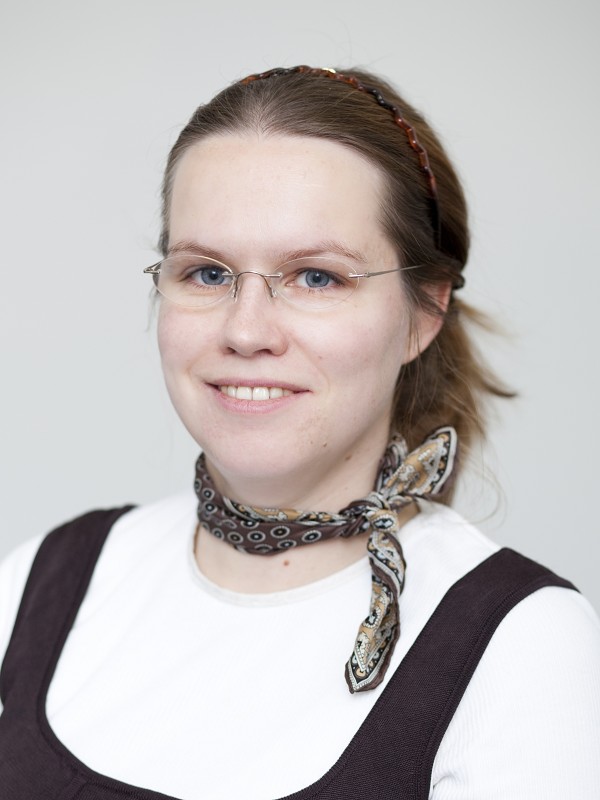 Karen Lienkamp studied Chemistry at the University of Cambridge/UK, and the Freie Universität Berlin/Germany, where she graduated ‘with distinction’ in 2003. She then joined Prof. Gerhard Wegner’s group at the Max-Planck-Institute for Polymer Research (MPI-P) in Mainz/Germany, where she studied cylindrical polyelectrolyte brushes as a synthetic model system for cartilage. In 2006, she received her Ph.D. from the University of Mainz. Until 2007, she worked as a project leader at MPI-P and was responsible for an industrial cooperation with CIBA SC, Basel. She then moved to the U.S. and joined Prof. Gregory N. Tew’s lab at the University of Massachusetts, Amherst/MA to work on antimicrobial polymers. In 2010, she returned to Germany and started a junior research group at IMTEK, which is focusing on the synthesis and characterization of polymer-functionalized surfaces, especially for biomedical applications.

She has received numerous competitive scholarships from various organizations, including the German National Academic Foundation (Studienstiftung des Deutschen Volkes), Funds of the German Chemical Industry, The Medical Foundation, and the German Research Foundation (DFG). Next to her FRIAS Fellowship in December 2010 Karen Lienkamp was also awarded a DFG Emmy Noether grant. 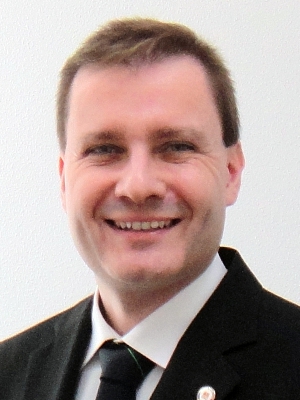 Erik Bründermann (KUC Member 2012-2013) has participated in the joint ANKA/KNMF user meetings and workshops and as part of his currently running research proposal at KNMF using LIGA, he also presented in the 2010 KNMF meeting: “Metamaterials for shaping Synchrotron radiation in space and time”... He studied at the Universität Bonn physics, mathematics, and astronomy. In 1991 he obtained a physics diploma degree while working on terahertz (THz) technology at the Max-Planck-Institut für Radioastronomie. He received a Dr. rer. nat. degree in physics and mineralogy in 1994 while working at the MPIfR, and he then joined the DLR in Berlin. In 1997 he was awarded a Feodor Lynen-fellowship of the Alexander von Humboldt-foundation which took him to the Lawrence Berkeley National Laboratory and the Center for Particle Astrophysics. There, together with his host Prof. Eugene E. Haller, he patented materials for Ge and Si THz lasers. After two years in the USA as a visiting researcher he became a member of the Ruhr-Universität Bochum (RUB), currently, as permanent staff and senior researcher in the department of physical chemistry II (at the chair of Prof. M. Havenith) serving also as technical advisor to the Applied Competence Cluster (ACC) THz at RUB.

His research interests are in physics, mathematics, life science, and technology, spanning the spectral range from the THz region to the visible. Within the faculty of chemistry and biochemistry he develops THz techniques for applications, especially for liquid samples in living conditions. Due to his interest in hyperspectral, multimodal, and multidimensional imaging, he initiated the development of chemical nanoscopes at RUB in 2000 which are used for nanoscale objects, plasma particles, semiconductors, molecules, and eventually for living cells. Teaching is an integral part of his daily life having supervised and taught a few thousand students at all levels of education...

Since 1995, he has received several Japanese Center of Excellence (COE) awards at the National Institute of Communication and Technology (NICT, Tokyo, formerly known as CRL) and was elected in 2009 and re-elected in 2011 as honorable guest professor at Shizuoka University, Japan. He serves on a yearly basis as a visiting guest professor at the Dept. of Nanovision Technology and the Graduate School of Science and Technology, hosted by Prof. Norihisa Hiromoto at the Hamamatsu Campus. He is a lifetime member of the Optical Society of America and as well a member of DPG, Deutsches THz Zentrum, DBG, JSPS-Club, and German Humboldt-Club...